Found a bug in R'n'D? Report it here!

So, remember you can configure shapes of the virtual buttons? First moving left, the moving right and etc. And to advance between in-game actions you had to press on three dots button which usually appears for phones and tablets with virtual on-screen buttons instead of the ones just drawn outside under the screen.

But for some reason, some phones and tablets aren't supporting that three-dots button, it's just not showing up at all. 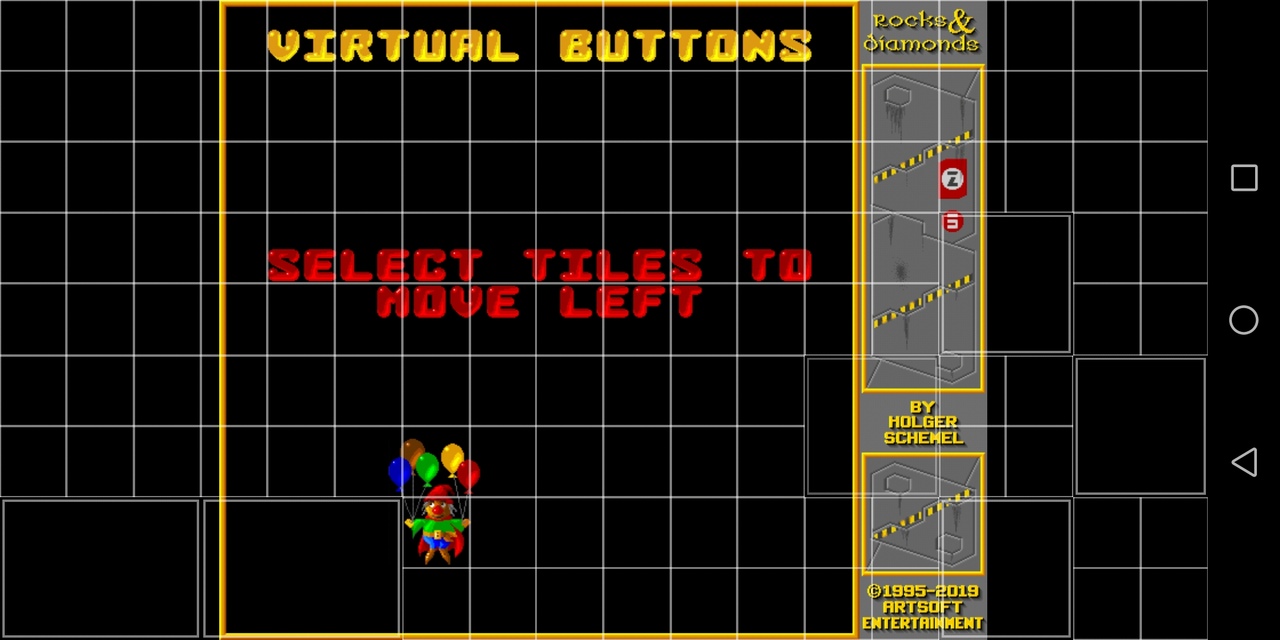 So there's no way of changing virtual buttons on this device. Oh, also, my device is Honor 7X BND-L21
Nothing in here...*
Top

Re: Configuring virtual buttons is impossible on certain Android devices

Unfortunately, you are perfectly right -- configuring virtual buttons on Android devices with non-outdated operating system is currently not possible!

The reason for this problem is that I only had quite old Android devices (smartphones, tablets) available for testing so far, which still had the "menu" button available (that was the third button next to the usual "home" and "back" button). This made it possible to always have two hardware buttons available on Android devices for "yes" and "no", or for "OK" and "back".

However, on current Android devices there is only the "back" button left for use in R'n'D, but no "menu" button anymore -- the two other buttons (the "home" button and the other button that shows all running apps) cannot be used from within R'n'D, which makes it impossible to confirm the current selection of virtual buttons.

For the iOS port of R'n'D, things are even worse, as there is not even a "back" button on these devices. (This is something what I never understood; I have both an Android and an iOS tablet, and the iOS tablet (iPad mini) suffers a lot in usability compared to the Android tablet (Samsung Galaxy Tab) just because of this missing "back" button.)

So I will have to find a way to solve this... Maybe I will add some sort of overlay buttons for "next" and "back", which would require solving the problem of accessing the part of the screen covered by those overlay buttons for configuring the virtual buttons... oh well. :-/
Top

Re: Configuring virtual buttons is impossible on certain Android devices

BTW: Fixed all that in the next version! There are now additional overlay buttons to navigate the "configure virtual buttons" screen and to stop and pause the game while playing (so this should now also work with an upcoming new iOS version without the need for a "menu" or "back" button).
Top
Post Reply
3 posts • Page 1 of 1