Got a cool idea that should be in R'n'D? Let's hear it!

Right now the level border is only ever invisible and obscured from the camera (if possible) when it is completely surrounded by indestructible elements, e.g.: 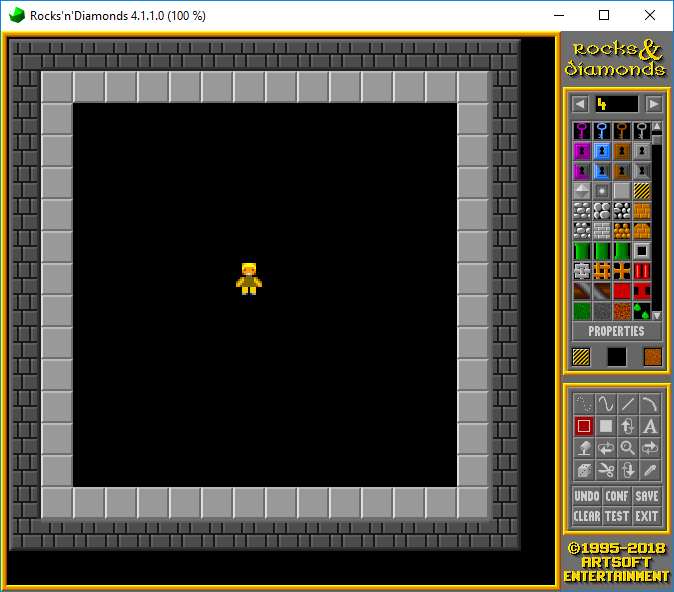 I think it would be useful to have a setting that forces the level border to be invisible and not favored by the camera regardless of whether it's surrounded. This way a level could be wrapped in some of the fancier destructible blocks in the case that those blocks can't be destroyed with the tools given in the level. Even if you can touch the invisible border somehow, sometimes borderless levels can be a nice aesthetic.

Here is an example of a neat-looking level that is unfortunately held back by the quite visible level border:

You can use custom elements just for that. Just use them for different destructible elements, set artwork of needed element, set invulnerability for them (✓ Indestructible) and set in Change section "✓ Element changes to: [intended element] when/after: ✓ CE delay 0 +random 0", nothing really much to do. Game will hide the border cuz of invulnerable elements, but right after starting the level indestructibles will be instantly changing to the original destuctible elements.

Of course, there's nothing out of game boundaries, but I wish there could be an option to make the connection between level edges so the level could be cycled.
Nothing in here...*
Top
Post Reply
2 posts • Page 1 of 1